I’m having a problem when running programs that use Java from the command line. I get back a message saying Java.exe could not be found.

I’ve followed the instructions found in several places for setting JAVA_HOME in Windows 7. 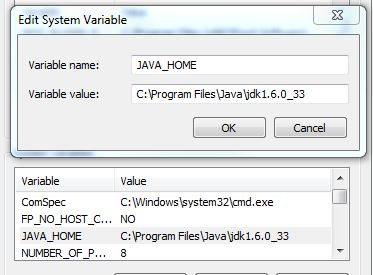 As can be seen in the image I’m pointing to the JDK folder as instructed, I’ve also tried several variations including linking to the bin folder(where java.exe is located).

What am I doing wrong, and how can I debug this. 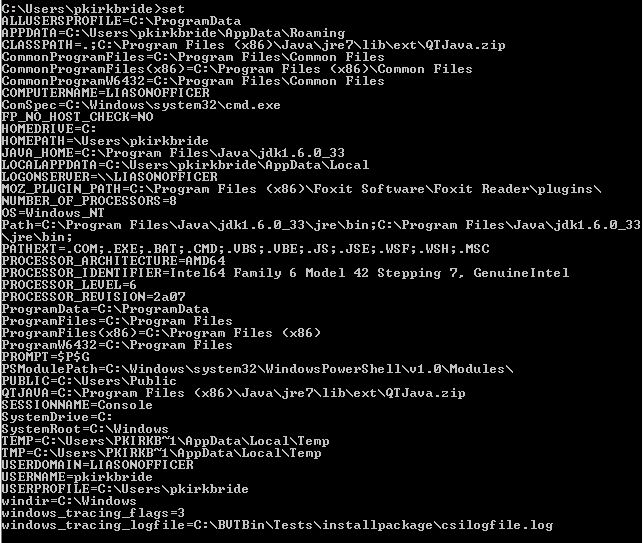 As many have mentioned I had to add…

…to the path variable.

However what was not mentioned and was stopping this from working was that I had to make sure javabin directory is in the path statement before the windowssystem32 directory, otherwise this will not work.

I was able to find the information here.