I tested it with a test class and it’s working.

I want to know now if it’s possible to create its FXML file than add this component to scene builder ? how to do it ? Thanks in advance.

How to Import a Component from a JAR into SceneBuilder

See the Adding Custom Components to the Library section of the JavaFX user guide.

To import custom GUI components from a JAR or FXML file:

Here is a custom search field component that I imported into SceneBuilder using the method outlined above. 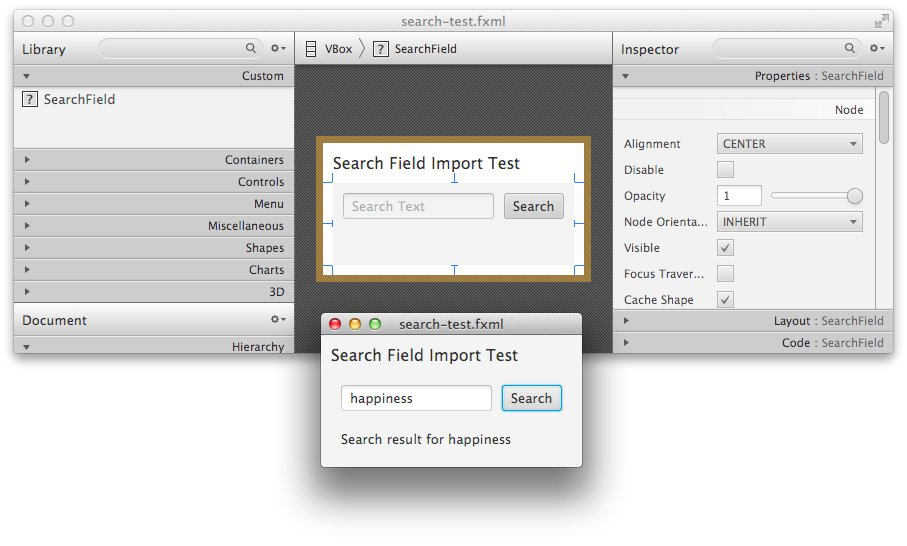 The fxml file which was generated by SceneBuilder based on the design is included here. Note, this was just a test scene I created with SceneBuilder to test the already imported component – it was not part of the component import process itself.

The code for the search box which was imported is:

In order for the process to work, there are a few things you need to ensure:

If you are having issues importing the JAR, after you have attempted a JAR import, you can use the JAR analysis function documented below to help troubleshoot (which might help or might just provide some cryptic information to confuse you more). 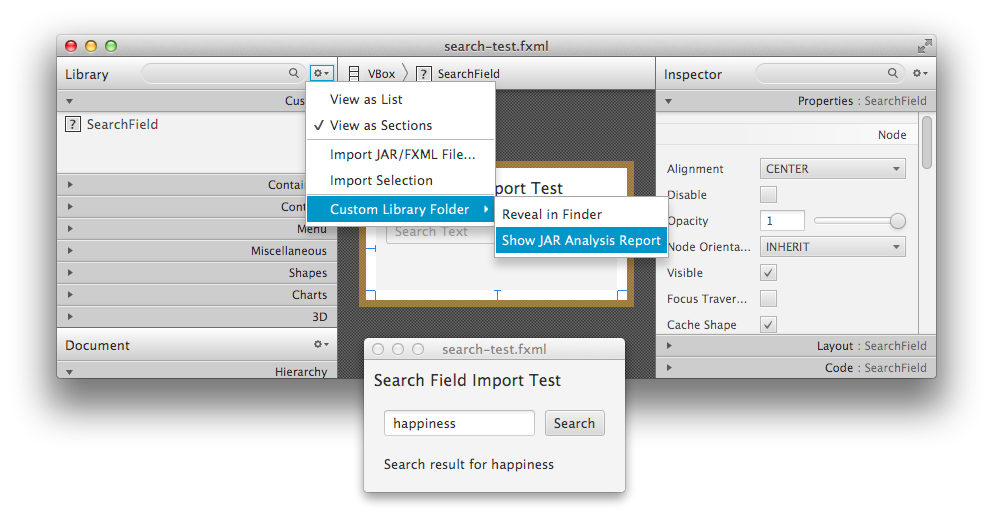 Also, from this answer:

Try to launch Scene Builder from command line, you should see the output of the library imports, including possible exceptions from your custom control when you add it.