I am studying Data Structures and Algorithms in C#/Java. After encountering a solution to the problem of Linked List duplicate removal, I have been struggling to understand it.

The solution is the one proposed by the renowned book Cracking the coding Interview (5th edition, page 208).

Running the code with the following linked list A->B->A->B:

Works perfectly fine: the value of n after the method is A->B.

By following the code with a debugger, I can see that what happens in the method loop is the following:

I fail to understand how this actually results in several ways:

@Slaw’s comment pointed me in what I believe to be the right direction.

This code: if (set.Contains(n.Data)) previous.Next = n.Next checks if the element has already been encountered and, if it has, removes n from the linked list. It removes the node by assigning n.Next to previous.Next (which means previous.Next no longer points to n).

I’ve therefore tried to exhaustively diagram what happens in the algorithm. 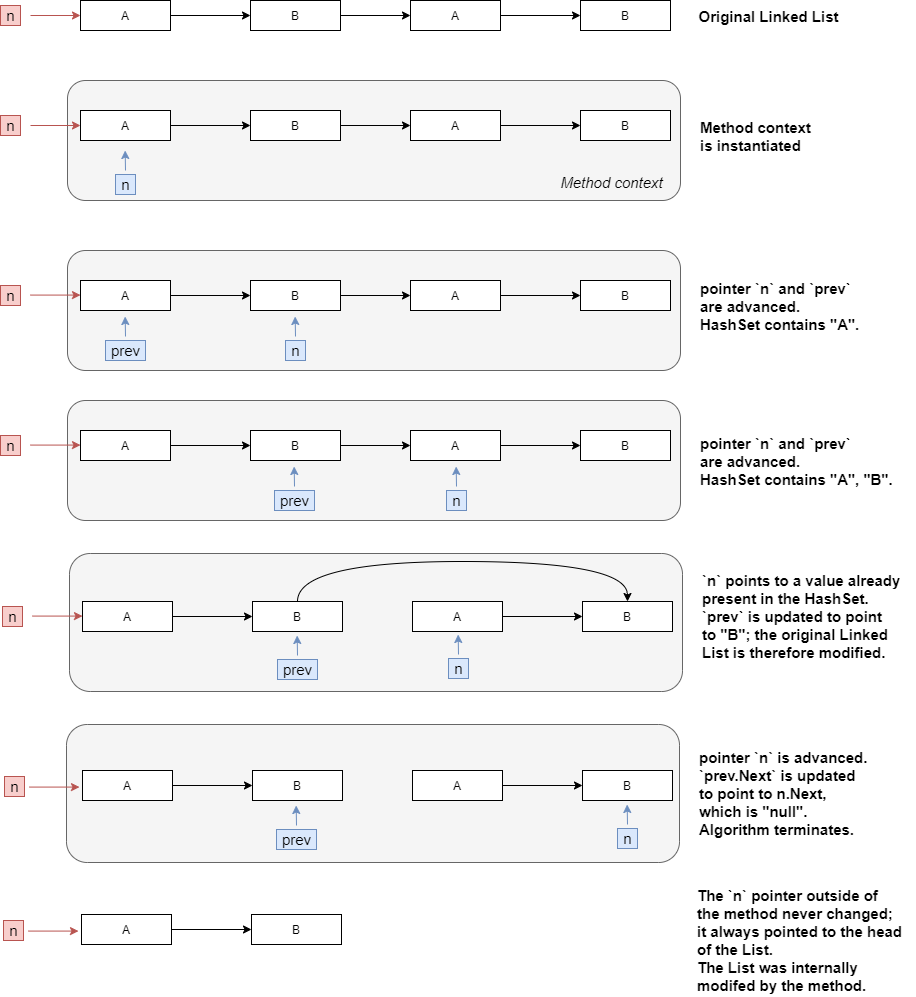