Well,I was trying to install forge on my linux machine(Kali-Linux).While on the was I was and still am unable to access the forge file(.jar).Due to an issue in which there is a lack of a command called “java”.

The current problem I am having is sudo update-alternatives --install /usr/bin/java java /usr/lib/jvm/jdk-16.0.1/bin/java 1 while using this command I get a response as update-alternatives: error: cannot stat file '/bin/java': Too many levels of symbolic links. When I try to ls in the /bin.The java symbolic link has a weird symbol(Just wanted to mention it cause it looked weird) 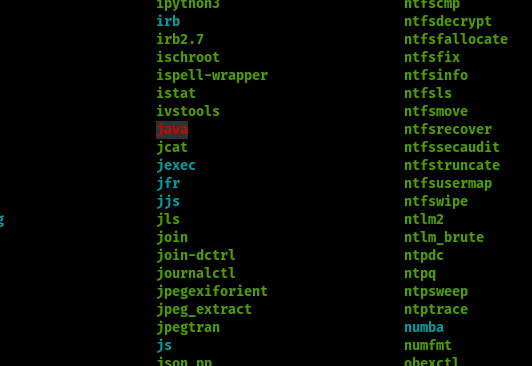 Is there anyway to fix this problem?

The “too many levels of symbolic links” message means that 40 symlinks have been traversed in attempting to resolve a path to an object.

It nearly always happens because you have a symlink that directly or indirectly points to itself. And the purpose of the limit (and the check) is to prevent the kernel going into an infinite loop.

Note that update-alternatives does not actually install anything. For the command to work properly, you need to have installed (in this case) a Java JRE or JDK or a Kali Java package already.

Note that it cannot do any real harm to remove “alternatives” symlink chains that are broken. You can always clean them out and rebuild them. (By hand, if necessary.) The alternatives mechanism is just a fancy way of managing symlinks.