Java Dependency Viewer not appearing in the Explorer Window of Visual Studio Code. Any command to force toggle the view?

I have the Java Dependency Viewer extension configured in my Visual Studio Code and it used to work perfectly fine. But off late, whenever I open up VSCode and try to work on a Spring/ Maven Project, the Java dependency viewer fails to automatically load up on the explorer window (Waited for half an hour at times).

I have all the other important JAVA extensions already installed including the Language Support for Java(TM) by Red Hat.

Is there a way that I can manually toggle the viewer? Or, use any JSON setting to force rendering the viewer? Any suggestion ?

Note: I have tried disabling and enabling the extension, and I can see the viewer appearing. However, since this change causes the VSCode to reload itself, the IDE goes back to its initial state of not rendering the viewer. 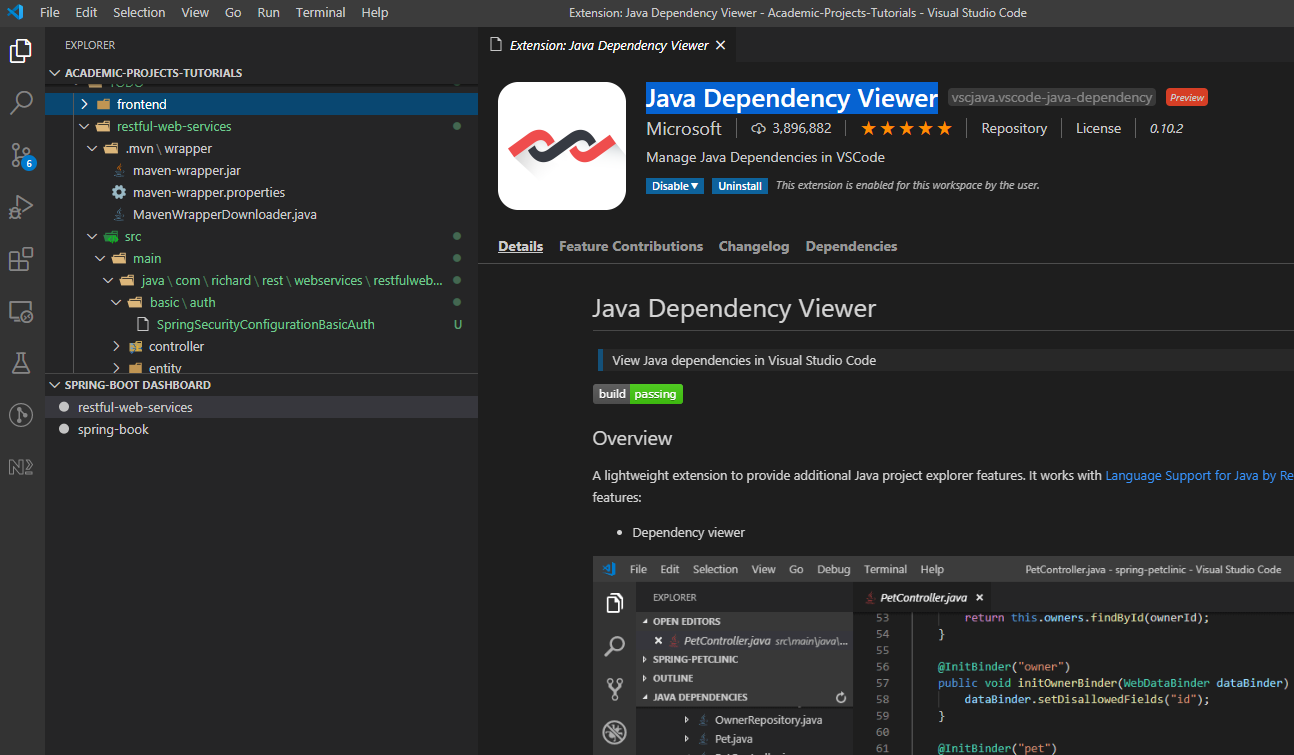 Have you tried to open a java file? Because the extension activated depends on the opened filename extension.
From here, you can know in which situations ‘java dependency viewer’ will get work:
“activationEvents”: [
“onLanguage:java”,
“workspaceContains:pom.xml”,
“workspaceContains:.classpath”,
“workspaceContains:build.gradle”,
“onCommand:java.project.create”
], from official docs you can get to know the significance of every configuration.

But it’s rare to miss all the conditions, so it’s just in case. Then it looks more like there are some problems with the ‘java dependency viewer’ extension. you can reinstall it.