In my project: https://github.com/pc-magas/sercommH300sVoipCredentialsRecovery source is seperated into 2 parts:

Therefore, I want to split my build process into these phases:

Therefore how I can configure the gradle.build to build my library first?

Well based upon this answer you’ll need you create a new Java/Kotlin library in order to do this you’ll need to follow these steps:

This step creates a new folder with its own build.gradle. I’ll assume that the folder’s name is settings_fetcher. The folder name is the one you choose in this window: 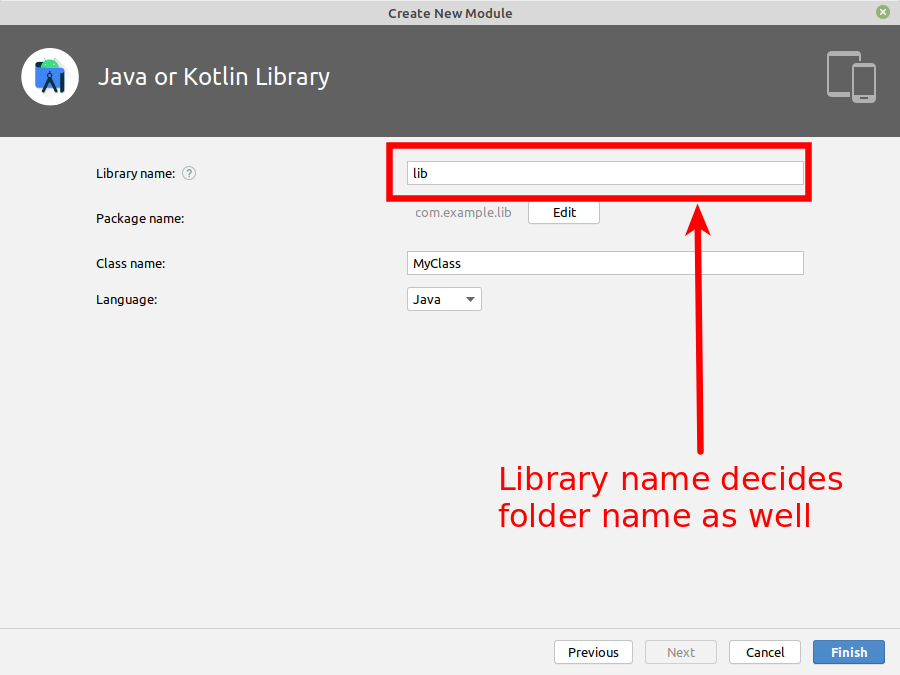 Once you created the module place into app/build.gradle the correct dependency as stated in this answer.