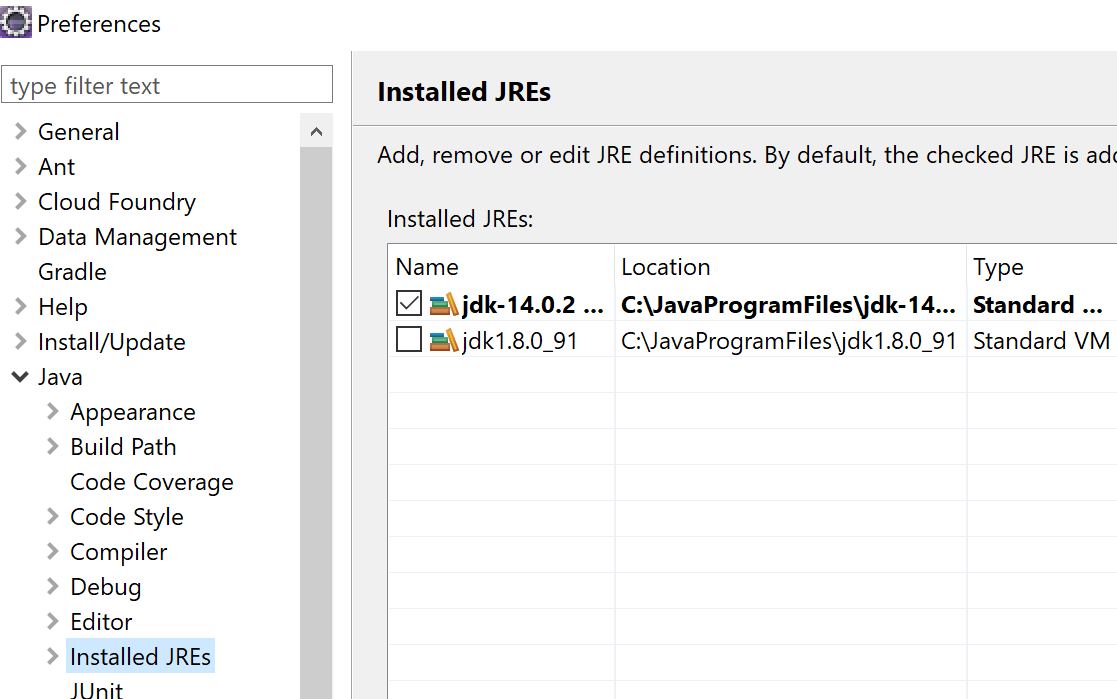 When googling around it said to check my paths, but as far as i can tell they are correct:

when cd’ing into the bin directory, javac -version worked. I reviewed environment variables again and this time added %JAVA_HOME%/bin to my User’s Path variable (previously it was only in system path). So now javac -version works from any directory. However Eclipse still has same error when i start my server, though i do get this new msg in the console?

-Djava.endorsed.dirs=C:JavaProgramFilestomcatapache-tomcat-9.0.21endorsed
is not supported. Endorsed standards and standalone APIs in modular
form will be supported via the concept of upgradeable modules.

The error message you quoted shows the cause of the problem. When the server instance was defined, the JVM launch arguments set for it included a reference to endorsed directories, an argument valid through Java 8, but not for Java 9 and newer. When you open the editor for your server instance from inside the Servers View, in the General Information section, Click on the Runtime Environment link and change the JRE explicitly to a Java 8 version. The server should then start up again. 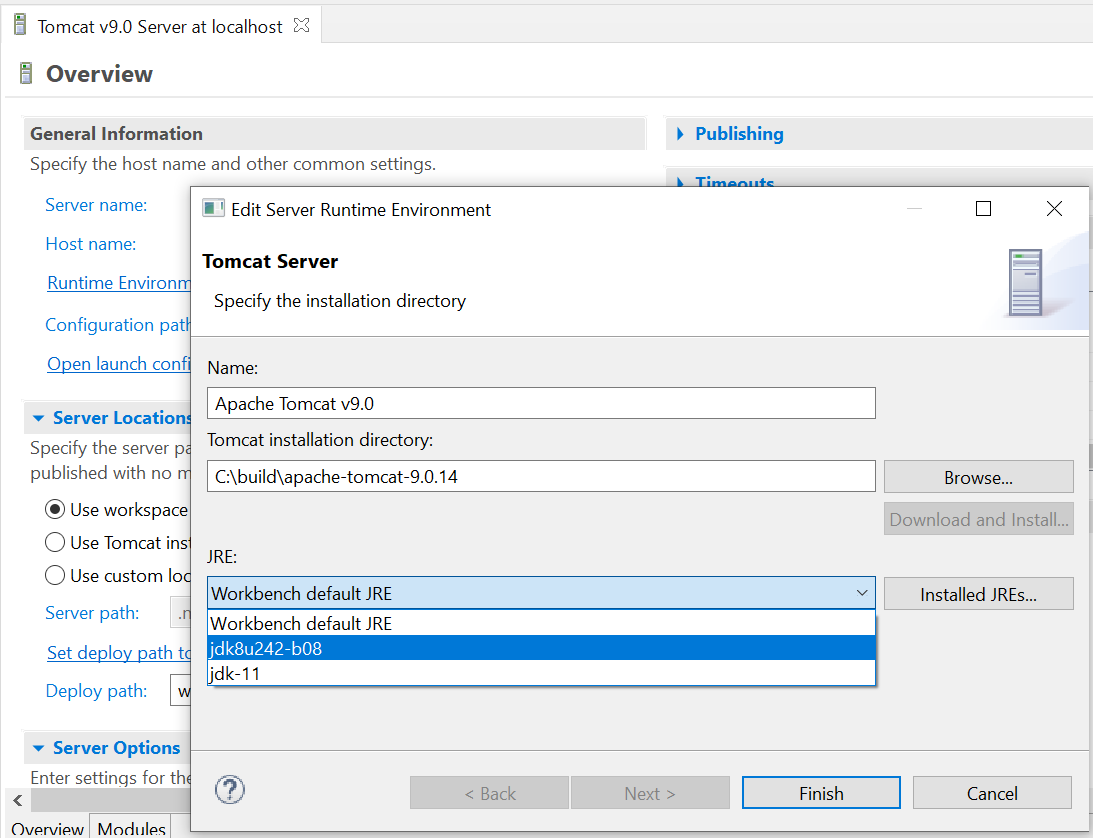